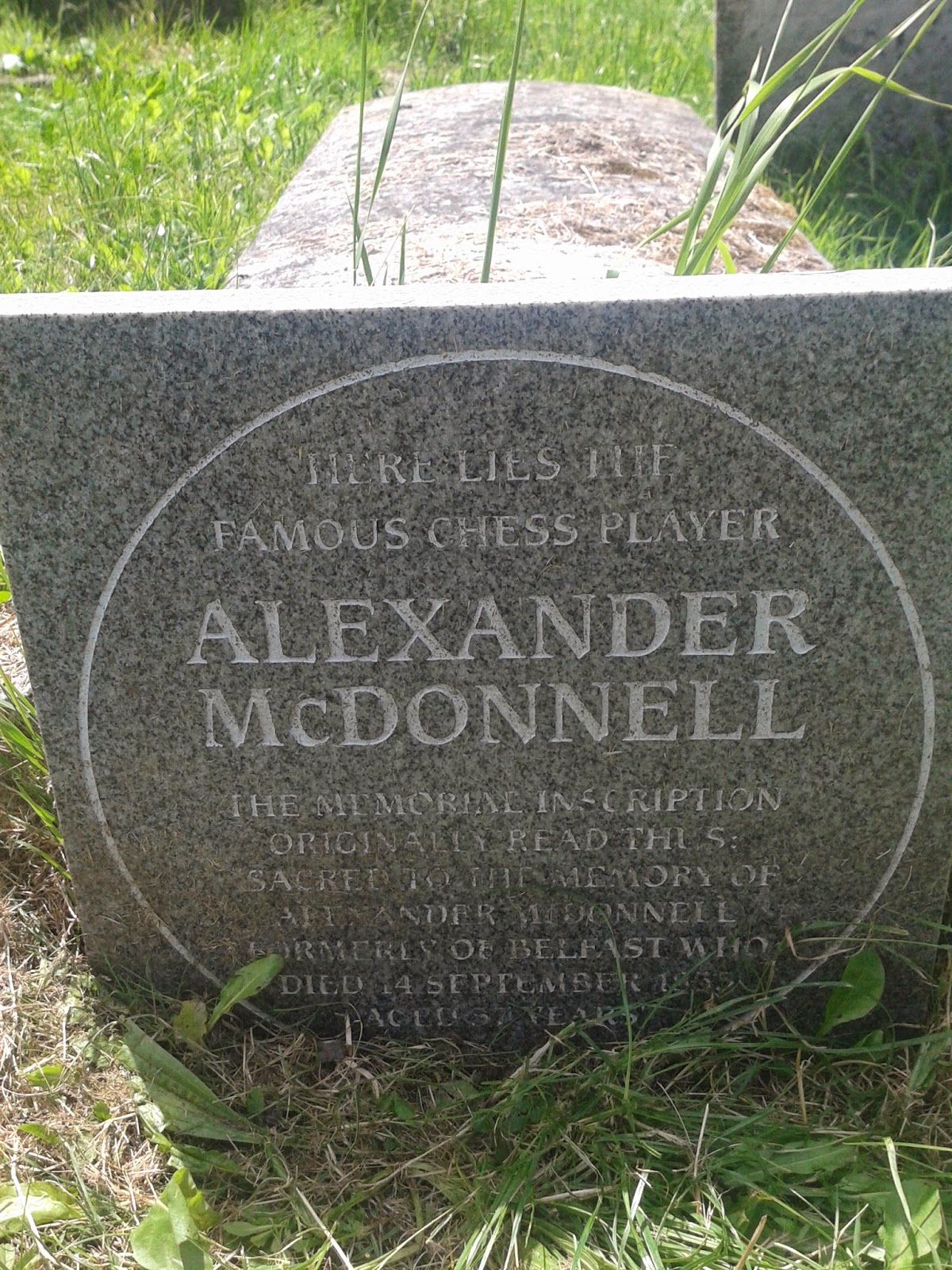 Adventures on the Dorset Coast

I've just returned from a brief sojourn on the south coast, to take part in the Bournemouth chess congress. The weekend did not start promisingly as, after a somewhat tedious train journey in a carriage with some rather overly excitable football supporters, I arrived just in time for the first round on the Friday evening. My opponent proceeded to play the French against me (boo) and I was so enraged by this opening choice I managed to blunder the exchange after about 20 moves, leading to a swift and rather depressing loss.

I awoke on Saturday morning to find I had a bye in the morning round (the risks of losing your first game). Normally when I play in congresses I find this an annoyance as it means you’ve travelled all that distance and paid your money to end up not having a game. However, in view of my appalling play the previous evening, I decided a morning off would probably do me some good, so set off to explore the town. Having never visited Bournemouth before, I was interested to see if there was anything in the town worth visiting; there was not. However, there is some very nice countryside in the surrounding area, so I decided a 10 mile walk might suitably prepare me for the afternoon’s contest.

Somewhat surprisingly for an idea of mine, this actually proved a good strategy, and I sat down feeling fresh for my game with black against a 193. Managing to get the Balogh defence on the board (1.e4 d6 2. d4 f5) raised my confidence somewhat, and I managed to ground my opponent down in a good bishop versus bad knight endgame to claim the win. In the evening there was a handicap rapidplay tournament, with each game lasting twenty minutes but the two players having different proportions of this time depending on their grade. The net result of this (at least for those of us towards the higher end of the grading range) was many games against 100-110 rated juniors, where they had 18 minutes and we only had 2. Needless to say, these were not easy games to win. The success of the format can probably be best judged from the fact the winner was graded 107, with the joint runners up respectively a 60 rated 7 year old and GM Keith Arkell. Certainly a format worth exploring in the future.

On to the Sunday where, in a tribute to the victors from the night before, I decided to play the Italian game with white. After a handful of logical looking moves from both sides, I was reminded of the perils of deciding ones opening choices based on football results, as I realised I had absolutely no idea what plan I should be adopting in the resulting position. Cowardice being the better part of valour (at least I think that is the phrase), I decided to swap everything off into a completely level endgame. Not hugely exciting but I suppose a reasonably comfortable draw against someone graded 198 is not something to be too disappointed by.

Unfortunately, as so often happens when I play players graded higher than myself, none of the games were particularly interesting or worthy of publishing. This is mainly because I have far more faith in myself to defend slightly worse endgames than I do to play well in complicated tactical positions, so I tend to try and keep the games as simple as possible. I’ve therefore decided to show my game from the final round with black, which was another successful outing for the Balogh defence, this time securing a draw against a 203 graded FM. Not the most aggressive play from either side, but an interesting (at least to me) rook endgame, where black just has sufficient resources to hold on despite a threatening looking white position.

The Thoughts of Chairman Josh

Our esteemed webmaster was, as ever, far too modest in his previous post when saying that nothing important happened at this week's Leamington League AGM. Because he only went and got himself elected as League Chairman - presumably the youngest in League history by at least 20 years. He thus follows in the illustrious footsteps of ex-Chairman Bernard, and possibly other Kenilworth luminaries of whom I am unaware. Anyway, I am sure the whole club sends its congratulations/commiserations. (Delete as applicable.)

We now await publication of Chairman Josh's Little Red Book. Who knows what radical route he will lead us along, but I hope he remembers that even the longest journey starts with a single step. I don't know about the rest of you, but I'm already quaking in my boots at the "re-education" process that doubtless beckons. If its a choice between a stint on the collective farm or playing the Grob in every game, I'd better get my pitchfork and wellies now!
Posted by Mark Page at 21:07 No comments:

At last, conclusive visual evidence of our triumph this season, in the form of this image from the League AGM of the two trophies the club has won: 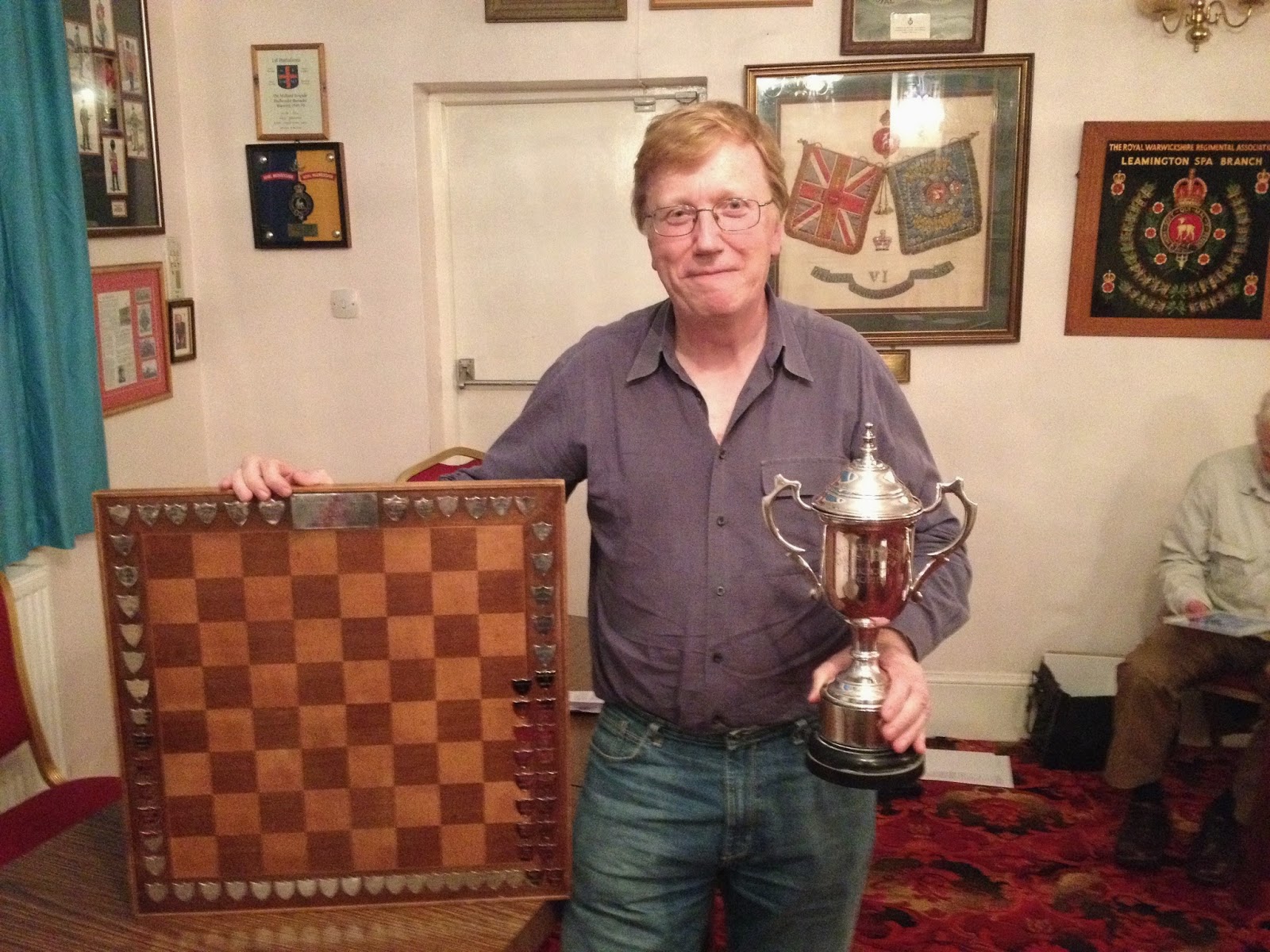 I'm aware that really it should be our glorious captain in this picture, but unfortunately he was not present at the event. I did try superimposing Phil's head over the top, but the resulting image was too disturbing for public consumption. By way of compensation, I'll present a second picture, this time from the celebratory meal, in which Phil is in his rightful central position. Apologies to Stuart that this is one of the ones he took rather than that he is in, but people seemed to react to Stuart's presence by pulling a variety of strange faces, so none of them were really usable. 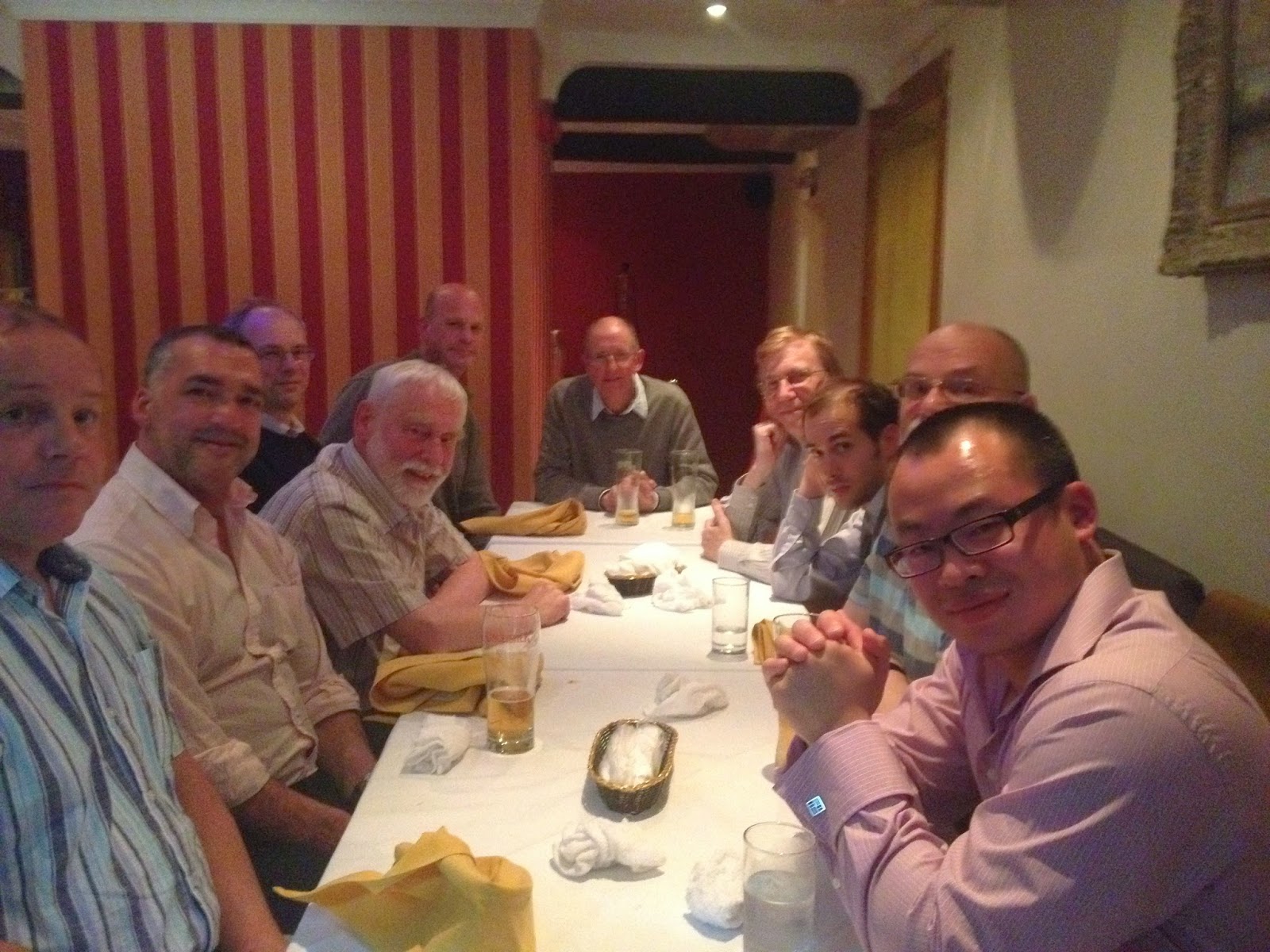 As regards other news from the AGM, I don't believe anything came up that should materially affect us as a club. The divisional structure is remaining the same so we will once again have one team in each of the four divisions, and all the cups, individual competitions etc. are remaining the same as they have been this season.
Posted by Joshua Pink at 14:45 No comments:

All members should have received a copy of the minutes for this year's AGM, which was held at The Royal Oak on May 27. For those who prefer a more concise record of events, the main decisions arrived at were:-

1) After too many sub-free years, a membership fee of £10 will apply for season 2014-15, though there will be no charge for juniors. Those members who play league chess will also need to (a) join the ECF at minimum Bronze level (last year that cost £12 if done on line) and (b) be members of The Abbey Club (£20 per calendar year).

2) We will again enter 4 teams in the Leamington League, one in each division, plus one team in each of the three cups.

4) New uses were found for two of our cups that have not been competed for recently. The Tilley Cup will be awarded at each AGM to the Player of the Year, as decided by a vote of members. The first winner of the cup in its new guise - and with no room for doubt given his stupendous, unbeaten 14.5 pts from 16 games - is Joshua Pink. The Soesan Trophy will also be awarded by vote at the AGM for Clubman of the Year, to recognise such qualities as sociability, improvement, commitment to the cause and all round good-eggishness. The popular winner this year is Stuart Blaiklock.

And don't forget that we will continue to meet each Thursday evening from 7.30 pm throughout the summer for social chess.
Posted by Mark Page at 14:16 No comments: