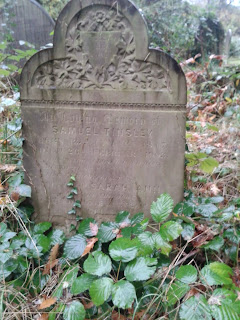 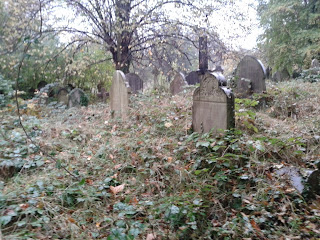 Glass Half Empty or Half Full?

A draw against Olton B wouldn't normally be any cause for massive celebration, but such have been the woeful results of the A team in the first half of the season that any point is very gratefully received. And if you had forecast a drawn match last night at any time other than about 10.29 pm you would have been laughed out of town.

For a start, the normal selection problems meant that we were missing Paul Lam yet again, and for reasons both diverse and improbable, nearly all possible substitutes. (Does anyone know if Andy Baruch still exists?) But cometh the hour, cometh the man, and reigning Clubman of the Year Stuart Blaiklock bravely stepped up to the plate and answered an 11th hour call to duty - and took a giant step towards retaining his trophy in the process. Then we had to contend with the fact that Carl had returned from Bangalore only the day before, while I had got back from Germany only a few hours before the match. And then we learned that Olton B were fresh from an excellent 2-2 draw against a Solihull team with an average grade of 182. Oh yes, and then it emerged that Alan Lloyd was making a very rare appearance for Olton B.

Finally the match started and it got even worse! Stuart opened with the Philidor Defence, and when White played 3 d4 we waited with bated breath to see whether he would remember not to repeat the 3 ... Bg4 blunder of Count Isouard and the Duke of Brunswick against Morphy at the Paris Opera. Thankfully, those nights at the Royal Oak have not been wasted, and the game proceeded along more acceptable lines. However, Carl was clearly still in another time zone and keen to get home asap, since his Board 3 game with Rob Reynolds lasted no time at all before ending in a not entirely unexpected draw. But by then, we were already in serious trouble, as Josh had suffered a complete mental aberration and dropped a piece for virtually nothing against Gary Hope. For some strange reason, he is keen that I present the opening phase of the game for all to see:-

As the evening progressed, I was getting nowhere against Alan Lloyd, and when I realised my plan to win a pawn was completely unplayable, I had to go into full scale retreat mode and try to hang on. By this stage Stuart had shed a queen side pawn, but reached the time control with some chances of a draw in a queen and minor piece ending. Sadly, shortly afterwards White won another queen side pawn and Stuart had to resign against Rob Wallman after a brave fight against the 51 grading points difference.That's what's called taking one for the team.

Josh had been playing on and on a piece down, and even though a white pawn got to h7, he somehow managed to confuse the issue so much that he won back his piece and swapped off into a rook ending where he had the only remaining pawn. It was a stone cold draw, but unbelievably, as the moves were bashed out at blitz speed, I happened to look across and see the black pawn not only queen, but also not even get taken by the white rook. A miracle had occurred and he had won a game that will encourage generations of players never to resign, no matter how lost they may be. After this complete turnaround, Alan decided to offer me a draw as despite being a pawn up in a bishop v knight ending, he had no way of ever getting his king in.

So amazingly it finished as a 2-2 draw - and very much a "Glass Half Full" evening as far as we were concerned!
Posted by Mark Page at 18:46 No comments:

Back to the drawing board

Just as it seemed we might have been overcoming our little slump, and had registered two consecutive victories, the A team came crashing back to Earth in our last game, a defeat against bottom of the table Stratford. It was however, a close run thing with us only let down by some mishandling of the clock.

Carl managed to get himself into a horrible position out of the opening, missing a tactic which exchanged queens and left him with doubled, isolated pawns and badly placed minor pieces. I had already resigned myself to watching a log a depressing defence, when a mistake by his opponent threw away all of the advantage, and a quick draw was agreed. Not long after that two other games came to a relatively early conclusion as well. Mine started with a reasonably respectable sideline of the modern defence (1.e4 g6 2.h4) and I ended up being able to grab a pawn for not much compensation. My task of converting this advantage was, however, made considerably easier by my opponent showing a remarkable lack of urgency, and losing on the clock with 7 moves still to make (which must be something of a record).

The news from Mark's game was less positive. After declining Richard McNally's offer of a free pawn with the Smith-Morra gambit, Mark seemed to be making the very sensible decision to avoid making the position too tactical, in a game against a player known for his speciality in that style. Unfortunately, when I came back a few minutes later, the position had exploded into insanity, with queens and pieces flying everywhere. Analysis after the game seemed to indicate that Mark should have been fine, but unfortunately he was outplayed in the position at the board, so the match remained level.

This left everything hanging on Dave's game on board 4, which had transitioned from him having a small opening advantage with more space, to being a pawn down but with an excellent pair of bishops as compensation. However, this is where my former comment about time comes into relevance, as Dave was unable to negotiate the position fast enough, and eventually lost on time. A close match, but yet another defeat in perhaps the second swiftest fall from grace currently occurring in the world of sport (after Borussia Dortmund being bottom of the German football league, of course).

P.S. Apologies for the delay in writing this report; I was clearly too distraught to remember to do so previously. On the plus side, this means our next game is now tomorrow, so hopefully I shall have better news to report very soon.
Posted by Joshua Pink at 14:18 No comments: