I left a few loose ends in my last round report from Rhodes last week, so having just about got over the jet-lag and the cultural re-orientation I'm now able to wrap things up. I rather (completely?) ignored the 50+ results , as the winners had been a foregone conclusion for most of the tournament. The USA duly retained their title, using 4 of the 5 GMs who had won in Germany last year, with Igor Novikov replacing Sergey Kudrin.


On the shuttle bus back to Rhodes airport, Andy had the privilege of sitting opposite GM Ehlvest and, flushed from a recent analysis session with Jon Speelman, thought he would make contact with another former superstar (Olympiad gold medal winner in 1988 as part of the Soviet team.) Andy: "Hope you've remembered the most important thing - your gold medal?" Ehlvest: silence. Andy (not deterred): "So did you have a good time in Rhodes?" Ehlvest: grunt.  At which point Andy got the message and made do with talking to me! Seems that not all GMs are approachable.

The England 1 performance in the 50+ event was rather disappointing, finishing sixth on tie-break, though level on match points with Bronze medal winners Israel. A surprise loss to Silver medallists Italy in Round 7 was their undoing, and they finished with a fairly uninspiring draw in the last round against Germany. There were two great individual successes, though, as captain John Emms won the individual Gold medal on Board 3, and Keith Arkell the Silver on Board 2.

But this is all very well, I hear you say, what about a photo of our very own Club Organiser. Well, faced with such a popular clamour, what can I do but concede?

And working on the principle that you can never have too much of a good thing.....


So that more or less wraps things up. Overall it was an enjoyable event, with good team spirit and a pretty good location/hotel, though the travel was slightly awkward due to limited flight options. I would have preferred the 09.30 starts as in Dresden, but I accept I am in a minority there. I felt the standard was decidedly less vicious in the 65+ section than I encountered in my two tries in the 50+ event. This year I felt I could give anyone a decent game and have some chance of a result - mind you, I didn't have to play Sveshnikov or Balashov, which might well have changed my opinion significantly!

But I can't finish on such a low brow note, so here are a couple of snaps from the Acropolis at Lindos, especially for our classicist, Mike D. Its hard going to get up there, but as you can see, its well worth the effort - even for a philistine like me! 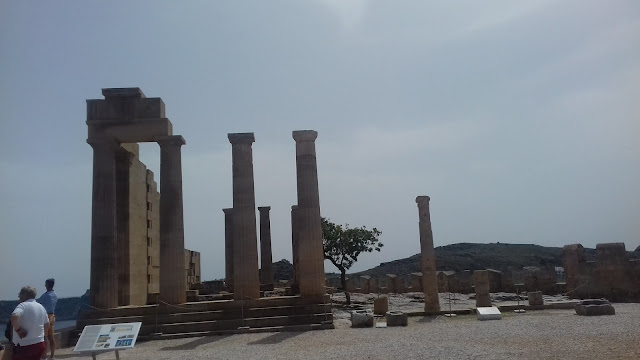 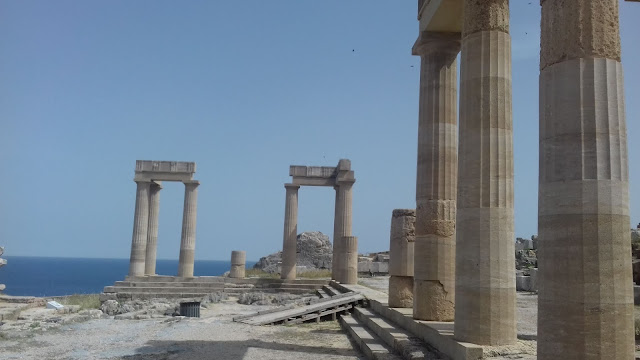 Admit it, you can't get much more kultural than this, kan you?!?